It was chaos in Java by the end of the 15th century. Feuds were happening everywhere and the Moslem expansion had reached the most populated areas of Java. Javanese Hindus then sought refuge in the eastern parts of Java, mostly in Pasuruan, Banyuwangi, Tengger and Kelud.

The Javanese elites in turn, including princes, nobles, artists and priests traveled all the way to Bali, to re-establish the Javanese civilization there. They included Dang Hyang Nirartha, a Shiva-Buddha high priest who had a broad knowledge of religion and spirituality.

He was a powerful yet humble priest, who profoundly understood the values of the Shiva-Buddha Dharma. He was one of the first to arrive on the island and built the Perancak Temple.

Dang Hyang Nirartha was the son of Dang Hyang Asmaranatha, and grandson of Mpu or Dang Hyang Tantular Angsokanatha, the author of the Kakawin Sutasoma. Dang Hyang Nirarta Rauh was also called Wawu Rawuh because of his supernatural abilities that made the King appoint him as Bhagawanta (royal priest).

“In the Majapahit empire was Dang Hyang Bhagawan Dwi Jendra. He was honored for his devotion to the very high, and helps the king and the people through his spiritual teachings, to increase prosperity and tackle the problems of life. He is known to spread the teachings of the Dharma (Indonesian Hinduism).”

With his psychic powers, he saw the incoming collapse of the Dharma in Java. He initially planned to break up the warring parties, but then realized it was certainly the karmic will of Shiva to make the Javanese people sink into Islam for a few centuries.

Indeed, several natural disasters had marked and participated to the fall of Majapahit. He then decided not to test the will of the Creator and took the decision to move to Bali, an island still under the control of Majapahit.

He first arrived on Bali from Blambangan around 1489, when the Kingdom of Bali was led by King Dalem Waturenggong Dwipa.

The Dwijendra Tattwa explains that he first established himself at Rambut Siwi temple after arriving from Blambangan. There, Dang Hyang Niratha performed a Surya Sewana ritual with his people before leaving to strengthen the Dharma all over the island.

He then had a revelation in Purancak that the Indonesian Dharma in the modern times should develop into the proper worship of Sang Hyang Widhi Tripurusa in his perfect triadic manifestation as Shiva, Sada Shiva, and Parama Shiva.

He advised for the building of a parahyangan temple at Tanah Lot because he could feel through his psychic visions that this place was a good place for worship.

In addition, he also encouraged the creation of literary works of high quality in the form of hymns or kakawin. Majapahit art and architecture were refined to the point to which they exist today in Bali.

The following period is known as the Golden Age of Bali, where the nobles followed their obligations and spiritual laws were upheld. The subak water temples organizations and religious activities both improved.

Following the spread of Islam, to avoid any misinterpretation of the Indonesian Dharma, Dang Hyang Nirartha introduced the Padmasana shrine, which has since become the central element of Indonesian Hindu temples.

He also created a three-temple system for villages in Bali. Temple for Brahma in the north, Vishnu in the middle and a Temple for Shiva in the south of the village.

Year after year, the high priest continued to teach and build temples around the island, including the Rambut Siwi and Tanah Lot temples and the Suranadi temple in Lombok.

Nirartha refounded the Shaivite priesthood in Bali, and is regarded as the protector of all Shaivite Pedandas.

Until now, the concepts taught by Dang Hyang Nirartha are followed by Balinese Hindus. These concepts harmonized and strengthened the Indonesian Dharma from its weaknesses that had brought the fall of Majapahit and keep the balance of life in Bali.

Before his life’s journey came to an end, Dang Hyang Nirartha went to a beach in Kerobokan. He decided to bury his tobacco box (it is customary for Indonesian Hindu priests to chew tobacco mixed with areca nut and lime, and it is believed that the tobacco boxes owned by the priests have powerful energy) and requested that the spirit who lived there guard it.

Since the giant spirit guarded his tobacco box in a grim place, the priest named that place Petitenget (grim box).

Dang Hyang Nirartha then continued his journey south to a village called Pecatu, where he was finally able to reach moksha (being freed from all karma) at a location that is now known as the Uluwatu Temple.

Dang Hyang Nirartha is seen and worshiped until today as the man behind the rise of modern Indonesian Hindu spiritual consciousness.

Javanese Hindu Sculpture in Muntilan, the art village of Yogyakarta

The Tridatu Balinese bracelet and its significance 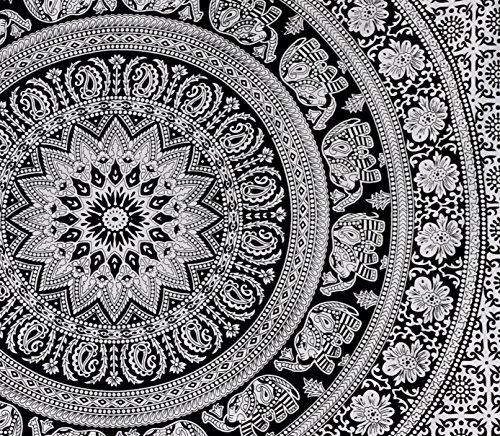